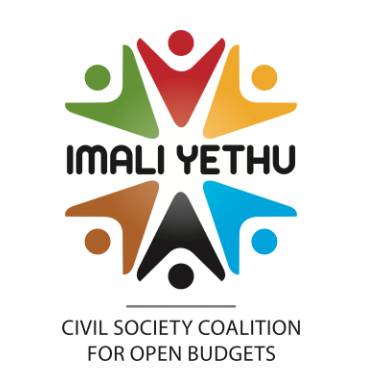 by author Yeukai Mukorombindo, 7 May 2018

The IMF Fiscal Transparency Handbook and the OECD Budget Transparency Toolkit were launched on the 23rd of April 2018 at the 2018 World Bank Group Spring Meetings in Washington DC. The Fiscal Transparency Handbook provides detailed guidance and describes current trends in implementation of fiscal transparency principles, noting relevant international standards as well outlining select country examples.  The Budget Transparency Toolkit provides practical steps for how governments can support openness, integrity and accountability in public financial management. The launch of these handbooks is timely and very pertinent, particularly for Southern Africa. The Open Budget Index (OBI) is the world’s only independent, comparative measure of central government budget transparency. The last OBI 2017 survey reveals a decline in open budget survey scores in Sub Saharan Africa. Not only were governments in Southern Africa ranked poorly for making budget information publicly available and accessible but they were also ranked poorly in terms of providing public participation opportunities “both to inform decisions about how government raises and allocates funds and to hold government accountable for implementing those decisions.” The Open Budget Survey’sparticipation measure assesses the opportunities governments are providing to civil society and the public. Accessing relevant information on public resource management as well as finding opportunities to engage government in the formulation of the national budget is therefore a significant challenge in the Southern Africa context. The OBI 2017 survey highlights the need for civic actors in Southern Africa to advocate for greater accessibility on information pertaining to public finance management as well as the provision of meaningful opportunities for the public to engage in decisions about how public resources are raised and spent.  Although the launch of handbooks setting standards for fiscal transparency is to be praised and is a step in the right direction, standards and guidelines on fiscal transparency are meaningless and empty if they are not accompanied with citizen participation in fiscal processes.

Civic engagement is being increasingly viewed as a promising approach to improving development. Citizens’ involvement in public policy processes and their participation in the use of public funds is believed to be an effective empowerment tool also contributing towards good governance and improved public sector performance. In recent years, a growing number of authors and practitioners have offered civic engagement as the solution to the crisis of failed service delivery. It is believed that citizen voice and the involvement of ordinary citizens in the formulation, monitoring and implementation of public resources can address service delivery shortcomings such as dilapidated school buildings, clinics with no electricity or medication, absent teachers and nurses, the lack of water or electricity and the like. Citizen participation is understood as having potential to improve government responsiveness and influencing decisions over spending and policy.

The concept of social accountability draws from a participatory democracy premise which acknowledges that elections will always be insufficient a  mechanism for citizen voice and accountability. It also implies the right for citizens to hold elected representatives accountable for their performance and their right to directly participate in decision making in policy and governance.  Participation by citizens in public policy and decision-making are fundamental principles of democracy. However it must be pointed out that although citizen participation is potentially a powerful accountability tool, it is often quite dormant and apathetic. It is therefore important to design mechanisms and set standards that help to translate the potential power of citizen participation into action and results.

Leading thinkers such as John Dewey made the case for direct citizen participation by arguing that “citizens are highly capable of understanding complex scientific and technical information.”  The excuse that most governments give for not providing citizens with opportunities to participate in fiscal matters is that citizens are not capable of engaging with financial information and policies. Whilst this may be true to an extent, the lack of capacity (which can be overcome) is only a part of the problem. There are other contributing factors that exist within the context preventing citizens from participating.

Challenges such as economic inequality and the absence of interest can hamper participation by citizens. This therefore means that the capacity for citizens to engage in participatory governance can be constrained by a lack of economic resources, access to information and low levels of education among citizens and civil society organisations (CSOs). Citizen’s interest in participation depends on the perceived costs and benefits of participation. Costs could include time and transportation costs. The costs could also include the perceived risk of challenging public officials weighed against possible benefits such as the transfer of real decision making power over public resources and improved access to public services.

The capacity of citizens to participate effectively in fiscal matters is further weakened by financial information relayed in formats that are inaccessible and not understandable to the average citizen. This often requires translation of documents into indigenous languages as well as the use of visual techniques. However, most governments lack the capacity and resource costs to implement such practices which impacts on the quality and sustainability of the participatory processes.

The benefits of fiscal transparency are dependent on citizen’s willingness and ability to attend participate in fiscal processes. In order to maintain public interest in participation meetings, simply organising opportunities for participation is not enough. Citizens must see a link between their input in public meetings and what happens on the ground. Furthermore, to maintain public interest and engagement in participation initiatives there must be meaningful engagement.  This will require that international financial institutions such as the IMF, World Bank, the OECD also work towards building standards and capacities for developing citizen participation practices in fiscal matters. The lack of meaningful citizen participation in fiscal matters can undermine as well as weaken attempts to promote transparency and accountability in the use of public resources.