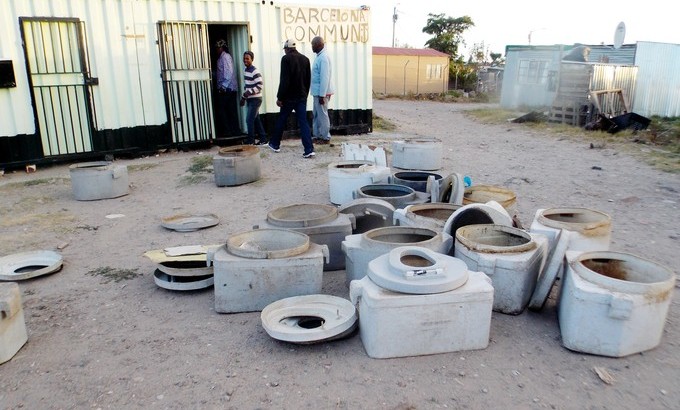 The City of Cape Town’s budget process excludes those who are most in need.

Cape Town is an extremely unequal city defined by spatial apartheid. A city’s budget is one of the most important mechanisms for overcoming this and promoting equality and justice.

Effective budgets are those that are open and transparent where there is real public participation. Most importantly the voices of those most in need should be heard. In Cape Town, this hasn’t happened.

The City of Cape Town treats the budget process as more of an inspection and comment than a forum for public deliberation.

The City places the budget on its website on the night of the draft budget speech with just 21 days to make submissions. The budget, when printed, is a stack of paper 20cm high full of figures, tables, annexures and lists, which is very difficult to understand and engage with. Access for those without computers or internet is also not taken into account.

There is currently no organised forum in place to actively encourage and support real participation. The job is effectively given to a unit within the City known as the Participation Unit. When we engaged with this unit it was severely understaffed and had almost no seniority or capacity within the City.

The City is currently holding what it has termed “Mayoral public meetings” on the budget. The Khayelitsha leg was held last night attended by about 300 residents. The meeting was comprised of a 40 minute Powerpoint presentation focusing on what the City has done since 2011 city-wide. Very little was said about the 2016-17 draft budget for Khayelitsha specifically. One resident asked, “What is the budget for Khayelitsha that we can comment on, why are we being told about city wide allocations?”

About 20 comments and questions were raised by residents but time ran out and the meeting ended before a single one could be responded to. How is this public participation?

Last year, with assistance from the SJC, 502 residents from Khayelitsha, mostly from informal settlements, participated and made submissions on the 2015-16 draft budget. The City had never had so many budget submissions. The previous year there were 38, and 23 of them were from the (mostly white) public. In fact, since 2007 there hadn’t been more than 57 submissions. That is incomprehensible for a budget of R35 – 40 billion that affects the lives of over 3,5 million people.

Supported by Ndifuna Ukwazi (NU) and the International Budget Partnership, it took us months to familiarise ourselves with the budget and learn how to read it. We then ran workshops with Khayelitsha residents to prepare them for understanding and commenting on the water and sanitation budget allocations for informal settlements.

The findings from our research and analysis in 2015 showed that capital allocations for sanitation in informal settlements – used for long term infrastructure such as flush toilet systems – are extremely low and disproportionately small. We found that the City prioritises spending on inferior, expensive and temporary sanitation facilities such as chemical, portable flush, bucket and container toilets.

The SJC and NU made a detailed joint submission with recommendations on how some of the issues could be overcome. Many of the individual submissions showed the terrible conditions that people live in without access to decent sanitation.

We sent our submission to all the ward councillors in the City so that they could debate this in council on the basis of research and evidence. I received three responses to our 11-page submission:

“Dear Axolile,Thank you for the mail.

1.     I would like to refer you to the attached media release.

2.     I would encourage you to read deeper into the City’s budget spend, particularly in water and sanitation and examine the areas being prioritised.

3.     I also find it interesting that you only speak of the City of Cape Town’s budget spend from the time of Helen Zille in 2007.”

When tabling the final budget on 29 May 2015, this is some of what Mayor Patricia de Lille said in her official written speech to the full sitting of council attacking the SJC:

When the final budget is tabled, it includes a report on public comments. The 2015-16 report listed 134 submissions from other parts of Cape Town that came from the public. All these received individual responses from the City as is required.

However, the 502 submissions made by Khayelitsha residents were not there. Instead, they were clustered in Category K and labelled a ‘focus group’. There was however never a focus group with the 502 residents. This was a misrepresentation. As a result of this categorisation, the City did not provide a response to each of the 502 submissions as had been done with the other submissions received from the public. The Municipal Systems Act, in fact, requires that public submissions are made to Council and it is Council who should afford the Mayor an opportunity to consider them and respond. These submissions were never considered by Council.

This amounts to unfair discrimination and a violation of the residents’ right to participate fully in the budget process by submitting individual representations in connection with the budget.

After many letters and protests, in a meeting with Deputy Mayor Ian Neilson on 2 December 2015, he acknowledged that the 502 submissions had been misrepresented. The City subsequently sent responses to the 502 residents on 2 February 2016, eight months after they were supposed to have been responded to. However, instead of addressing the multitude of issues raised in these submissions, the City issued identical, generic responses to all 502 submissions.

The unfair budget was never changed. The sanitation challenges raised by the 502 residents who made submissions still exist today. The tragic rape and murder of Sinoxolo Mafevuka in a communal toilet in SST a month ago is testimony to this.

Mayor Patricia de Lille tabled the draft 2016-17 budget two weeks ago. We will continue to engage with it and encourage residents of informal settlements in townships to participate and comment on the budget. Over the coming weeks we will be providing facts and evidence and we expect the City to engage properly rather than throw insults and play politics.

When tabling the draft 2016-17 budget, the Mayor, referring to the SJC’s previous submissions sarcastically joked that when it comes to the City’s budget “some people hear, but do not listen”. But the real question for the Mayor is this: in 2016 will she listen?

Notywala is Head of the Local Government Programme at the Social Justice Coalition. Views expressed are not necessarily those of GroundUp.