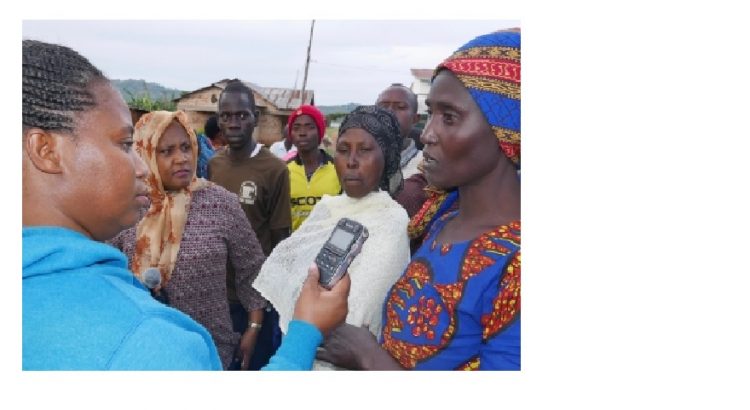 I once worked on social accountability and now work on media development for the Center for International Media Assistance. When I bump into former colleagues, we update each other enthusiastically on our work, comment approvingly on the importance of our respective efforts, and part ways without the slightest clue as to how to collaborate.

After the Global Partnership for Social Accountability Global Partners Forum in Washington DC in October 2018, however, I’m convinced that we can no longer part ways without a plan, and that there is a mutual interest to do so.

The Making All Voices Count Project (borrowing from more rigorous frameworks elsewhere by Anu Joshi, Jonathan Fox, and others) describes social accountability initiatives as ranging from functional to instrumental to transformative. Those categories can actually be applied to the limitations on how social accountability has engaged with media development.

Usually, social accountability initiatives engage with the media in functional and instrumental ways, but could pursue a more transformative agenda. A social accountability initiative that makes some effort to communicate with and through the press, and through new digital media platforms, could be said to have a functional relationship with the media – the bare minimum. A few move beyond this. At the GPSA, a multi-donor partnership managed by the World Bank, we heard two examples of projects that do so: Hivos’ “Open Up Contracting” program, and the Social Accountability Media Initiative, a project of the Aga Khan University Graduate School of Media and Communications in Nairobi.

The Open Up Contracting Program has built strong relationships with dedicated journalists, including by training them how to scrutinize and report on the government contracts that have been made public through the project’s efforts. This approach – treating the media as an autonomous actor – is likely to be more effective than purely functional social accountability projects that treat the media as a mere channel of dissemination. Still, the Open Contracting project does not have a remit to promote media development in its own right, and because of that its media engagement could be considered instrumental.

Social Accountability Media Initiative (SAMI) has a broader mandate. It also engages with journalists over the long term, bringing them together with farmers, school committees, and others engaged in social accountability projects without imposing an agenda or angle on the journalists. At the GPSA Forum, we heard about how SAMI has partnered with media outlets to ensure a community meeting with a provincial mayor in Rwanda – the results of local civil society mobilizing – was broadcast and covered in the local papers. Every SAMI activity also includes a “tripartite roundtable” with media, CSO, and government reps for “frank exchanges on obstacles to and opportunities for greater collaboration.”

So what does this all say about what a transformative approach to media development and social accountability looks like? In a transformative approach, civil society organizations not only bring the press to their community meeting, but ask the journalists about the challenges they face in their job and how civil society can help support the cause of the media freedom. Transformative means support to local media outlets that allows them to cover the relationship between government and civil society actors independently: for instance, by ensuring that the local government’s fiscal constraints are covered along with the activists’ demands. Transformative means all three institutions – local government, local civil society, local media – understanding each other’s limitations and challenges while slowly building shared values and mutual respect in their efforts to overcome them.

To be sure, there are still risks of co-optation in transformative approaches to partnership. Journalists are served well by their instinct to be skeptical, and social accountability actors will need some help to truly understand journalistic independence. Governments must also accept that critical public scrutiny comes with the territory of collaboration.  But it’s a conversation well worth continuing.

Written by: Nicholas Benequista is Research Manager and Editor at the Center for International Media Assistance, an initiative of the National Endowment for Democracy.