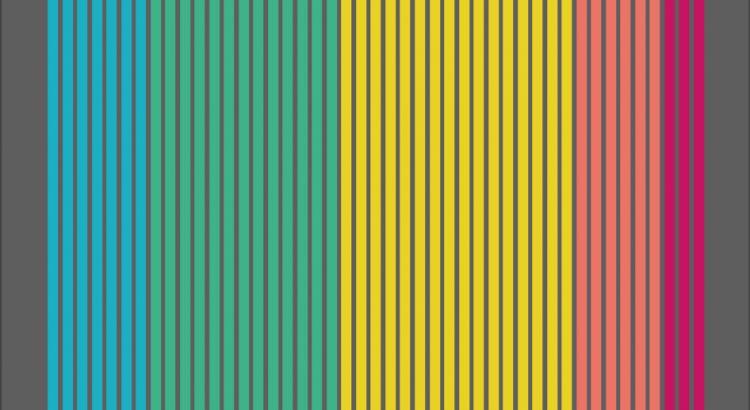 originally published By Owen Barder, Vice President at the Center for Global Development, Director for Europe and a senior fellow, and Gary Forster, Chief Executive Officer, Publish What You Fund

Aid and development transparency has come a long way in ten years. In this, the first of a two-part blog series, we look back at the origins of the aid transparency movement. We reflect on the original vision of those who conceived the idea, and the journey to date including some of the successes achieved along the way.

We would like to start with a huge thank you to all of the incredible technocrats, bureaucrats, big thinkers and hard workers who contributed to the design, launch and initial success of the International Aid Transparency Initiative (IATI) and to the broader aid transparency movement. If we’ve missed you out or misinterpreted your role please forgive us and know that we’ll be forever grateful for what you all, together, achieved, and continue to achieve.

The landmark agreement on aid effectiveness, in Paris in 2005, acknowledged that foreign assistance is far more effective when it backs a developing country’s own priorities, uses country systems, focuses on results, and is accountable to the local population. A small but vocal group of reformers, mainly in the UK, began to point out that none of this was possible unless everyone could see what happens to aid. Judith Randel and Tony German, the founders of Development Initiatives (DI), were among the earliest people to highlight this, long before it became widely accepted.

Many of the most vocal activists were deeply frustrated that developing country governments and their people get so little information about what was being done in their country. There was a huge amount of evidence from decades of work in aid effectiveness about the impact of aid at best having less impact than it should or could be, and at worst undermining the very institution and process that really will cause change. There was also a constant stream of examples about wasteful duplication and overlap, because nobody knew where aid was being spent and for what purpose – ranging from water points in Tanzania to vaccinations in Indonesia

All these different views converged on the same goal: to get as much information about aid as possible published, in a way that all these different constituencies could use. But how could we do that without giving priority to one or other of these views, and so risk splintering the coalition?

That was partly what led us to the open data standard. Our idea was that information should be published once, minimising the burden on donors, and then used in many different ways for all these multiple purposes, all of which were valid. We wanted transparency to be agnostic about how the information would be used. If donors were asked to provide information for particular constituencies for particular purposes, they would have too much power to decide who and what should get precedence; but an open data format would make the same information easily available to everyone, without having to justify themselves to governments.

The road to Accra

The Accra meeting in 2008 was the obvious time to launch an initiative. It was the next in the series of meetings on aid effectiveness, and an emerging theme for the meeting was that “ownership” had to mean more than government. The meeting in Accra promoted the view that for aid to be effective, it had to address the priorities of, and be accountable to, the citizens and civil society of the countries to which it was given. And we argued that this was possible only if those citizens had access to information about how that aid was being used.

Looking back on the big aid effectiveness agreements, you could say that Rome was largely about efficiency, Paris was largely about value for money and Accra was about power. But it is difficult to persuade those who have power to share it with those who do not. Our aim was to smuggle in transparency as a technical-sounding change with longer-term implications for the balance of power in aid. It is difficult to argue against aid transparency: there are few publicly-defensible reasons to keep aid information hard to find and impossible to make much sense of.

We all knew that aid transparency would not, by itself, make aid better, still less reduce poverty or change the balance of power; but we all believed it could catalyse wider changes that would.

Publish What You Fund, founded by Martin Tisne,emerged mainly from a group if people from a variety of different backgrounds, all of whom saw aid transparency as a means to an end. The arrival of Karin Christiansen brought a fresh dose of energy born from years of working with ODI in Ministries of Finance on aid flows and budgets, coupled with newly learnt campaigning skills from ONE.

The team at DI was already immersed in development data, the team at DFID was looking for something specific to announce in Accra that would make a real difference to country ownership and aid effectiveness, and began initial advocacy and technical work on the open data standard that would become IATI.

As the rain beat down on a corrugated iron roof during the rainy season in Addis Ababa, Owen produced a first draft of a declaration to be made in Accra, and worked with colleagues at DFID and DI to refine the details and get donors onside. Romilly Greenhill, then at DFID, stewarded the draft through the UK government and she and DFID colleagues then worked tirelessly to build support from other donors. DFID deserves considerable credit for their leadership across the aid sector to build the coalition for aid transparency. Karin galvanised developing countries, civil society and open government campaigners.

The idea was enthusiastically embraced, at a memorable sundown meeting on the beach in Accra, and then in the halls and communiqué of the formal conference.

Turning the vision into reality

Once the open standard had been endorsed in Accra, the hard work began of giving substance to the commitment, and continuing to broaden support. A huge part of the vision, energy and technical know-how was provided by the heroic efforts of Simon Parrish, who had joined DI from DFID’s information systems team. Simon died far too young in 2016; but even then it was clear what a difference he had personally made to the world. None of this would have happened without his kindness, his common sense way of deploying his expertise, his integrity and his patience.

Our vision was an open data standard, easy to access, free to use, that would underpin any conversation about aid. There would be a single version of the truth, shared between governments, civil society and citizens. A bit like accounting standards, the aid information standard would vastly reduce the costs of collecting, publishing and using information about aid. The information costs that made it hard for aid to be accountable, coordinated, complementary, and efficient would be swept away as more and more of the international development community adopted IATI. Or so we hoped.

A huge amount of progress has indeed been made over the last ten years. The establishment of the original, agreed IATI Standard provided a foundation on which organisations could publish a range of aid and development data. Publication rates have increased with more than 800 organisations publishing data on IATI by July 2018, encompassing more than one million activities. Organisations have adapted their internal systems to track and report on the necessary budget and activity-related information and have reported better internal communications and clearer understanding of their own success (or otherwise) in achieving project objectives.

As the advocacy organisation for aid and development transparency, in October 2011, Publish What You Fund piloted the Aid Transparency Assessment to assess ‘what good transparency looks like?’ among major bi-lateral aid and development donors, namely information that is detailed, timely, comprehensive and comparable. This was later developed into the aid transparency index. The launch of our fifth Index in June 2018 illustrated just how far we’ve come with 93% of the 45 donor organisations featured in the Index now publishing in the IATI Standard. Of these organisations, 50% publish their aid data monthly, up from 25% in 2016.

Although publishing timely data is, of course, to be applauded, it is not enough in itself. To be of value, it also needs to be comprehensive and cover all aspects of aid and development projects, including, but not limited to, financial and performance-related data.

One of the chief highlights of the 2018 Index was the strong performance of development finance institutions (DFIs): with the Asian Development Bank (AsDB) taking the top spot and DFIs dominating the ‘very good’ category overall, underscoring that organisations operating with different business models can still do so transparently. Nevertheless, the involvement of a growing number of diverse aid and development actors, including DFIs and others from the private and humanitarian sectors, presents a transparency challenge.

Publish What You Fund, therefore, continues to urge organisations – in the private and public sectors – to share detailed, timely, comprehensive and comparable data so this can happen. Only when the missing pieces of the data transparency jigsaw are provided can open data be used and transformed into the life-changing first step required to make aid and development activities more effective and hold organisations and donors to account for significant and lasting change.

We applaud the fact that unprecedented amounts of timely, open and comparable data are now made available by most major international donors. But it is only when this information is accessed and put to use by donors, government representatives and civil society, will the original promise of the aid and development transparency movement be truly fulfilled.