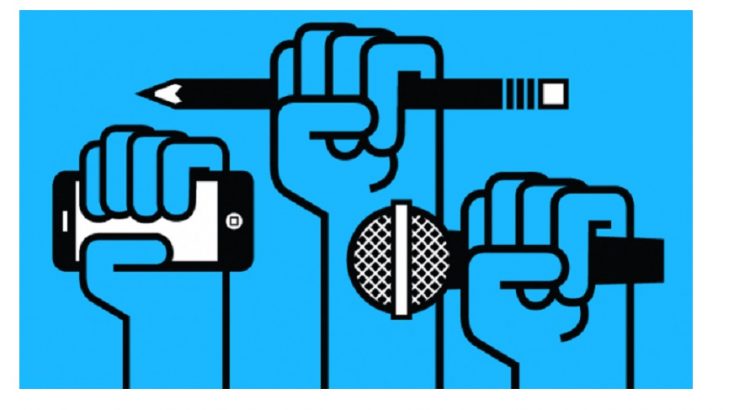 By Tundu AM Lissu.

Once again, we must bring unfortunate and regrettable news from Tanzania. We must, once more, ask the world to focus attention on the deteriorating human rights situation in my country.

On Monday July 29, Erick Kabendera, a well-known investigative journalist, who has worked for some of the major news organizations in this part of the world, was snatched from his home in Dar es Salaam, Tanzania’s commercial and economic hub. He was taken at gunpoint by heavily armed men, who had been brought to the area in unmarked cars and without any identification.  Yesterday the Dar es Salaam Regional Police chief confirmed that Mr. Kabendera was being held for questioning in an undisclosed location. There was no prior information nor charge or arrest warrant against him; and the regional police chief did not give any reason for holding the respected newsman.

For all intents and purposes, it appears that Mr. Kabendera was abducted, and is now being held illegally.

Mr. Kabendera has been associated with some of the major exposés of human rights abuses and political repression in Tanzania in recent years. His investigative pen, for example, exposed the theft of Zanzibar’s presidential and parliamentary elections in 2015. How the Magufuli regime, and its henchmen, must have hated this courageous and principled man.

But Erick Kabendera is not the only victim of President Magufuli’s reign of terror. He is, on the contrary, one of the many in an increasingly long list of opposition leaders and activists, journalists, bloggers, businessmen and civic and religious leaders who have been targeted because of their political opinions. In this past month alone, a close associate of Zitto Zuberi Kabwe, a prominent opposition leader and lawmaker, was also abducted from his Dar es Salaam home. He was later found dumped in Mombasa, Kenya.

What is more, two weeks ago, a personal assistant to Bernard Membe, Tanzania’s former minister of foreign affairs (who is currently embroiled in an increasingly acrimonious war of words with Magufuli’s faction within the ruling party) was also abducted and disappeared for a few days before being released unharmed after a public outcry.

These abuses committed by the Magufuli regime will only worsen if left unchecked. The crimes of this regime must not only be exposed and denounced — they must also be deterred and punished. It is therefore high time for drastic actions to be taken. Financial sanctions, travel bans and visa restrictions should be imposed against all senior officials in the intelligence and security apparatus, as well as the ruling party political establishment and their families. Ideally, these individuals would be prevented or restricted from traveling or moving money and other assets abroad. These brazen human rights abusers would be made to understand that their state-orchestrated violence and terror against innocent civilians and the political opposition will not go unnoticed nor go unpunished by the international community.

The time to act is now, before it is indeed too late.

Honorable Tundu Lissu is a Tanzanian Member of Parliament, as well as the Attorney General and Central Committee member for CHADEMA, and the Chief Whip of the Official Opposition in Tanzania’s Parliament. Hon. Lissu is a longtime activist for democracy and human rights in Tanzania, and a practicing attorney. Between 2016 and July 2017, he was repeatedly arrested, unjustly detained and charged in court with arbitrary crimes due to his criticism of the ruling government. In September 2017, Lissu was targeted in a failed assassination attempt, suffering 16 bullet wounds The attack remains unsolved and no suspects have been identified nor any arrests made.