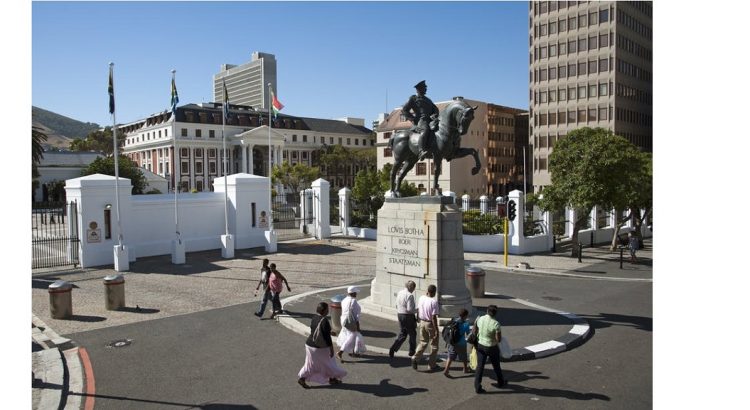 South Africa’s Parliamentary Budget Office (PBO) is in complete disarray. In the 10 years since it was established by law, and the five years it has been in operation, the Office has failed to adhere to key principles of institutional and political independence, technical credibility and transparency. For these and other reasons it has failed to give parliamentarians, and the public, a credible alternative analysis of South Africa’s public finances.

With the swearing-in of a new Parliament and president, there is a chance to change this for the better. The first six months will be crucial. They will determine whether the Office can be set on a path that will lead to a proud institutional legacy. If not, the institution will be a waste of public money that generates mediocre and politically compromised analysis – in which case it should be euthanased.

South Africa’s parliamentarians may look further afield for inspiration. For example, the history of the American Congressional Budget Office illustrates what’s possible. Its founding director, Alice Rivlin, who died last week, was not just an accomplished bureaucrat. She was also an economist of calibre in her own right. And the legacy she left in the form of the US Congress’s budget office is one of a technically and politically credible institution that plays an important role in that country’s democracy.

South Africa’s is in urgent need of reform. The Constitution envisages a fundamental role for Parliament in holding the state to account and ensuring the voices of citizens and civil society are heard beyond elections. With the current state of the economy and public finances, there are few areas more in need of credible, robust oversight.

The Parliamentary Budget Office could play a major role in ensuring that this happens. But to do so it must be a technically credible institution that is entirely independent of political influence. Unfortunately, the first opportunity to do this was squandered – resulting in 10 lost years.

The creation of South Africa’s own parliamentary budget office by the Money Bills Act in 2009 was an important step. But the process of its establishment was flawed from the start. And those failures have recently been compounded and concealed.

One thing that is clear is that since its establishment the PBO has been in thrall to political influence – most notably from factions within the majority African National Congress (ANC). Such political influence also appears to have obstructed any clean-up of the office.

The problems around the appointment of a credible director illustrate this well.

In 2018 the ANC in Parliament rushed through, with no public consultation and no serious consideration of his performance, a reappointment of its first director. A few months later, shortly after the completion of a forensic investigation into a range of alleged irregularities, he resigned.

The director’s post has now been vacant for almost nine months with no attempt to fill it. Initially Parliament said a series of acting directors would be appointed to give internal deputies a chance – a terrible argument. But even that has reportedly not been done, leaving the post vacant and Parliament arguably in violation of its own law.

The committees responsible argued that they wanted to let the new Parliament choose its own director, but that implies the post will be filled based on political considerations which it should not be. Furthermore, while the reappointment of the previous director was brief, it allowed him to reappoint staff whose contracts would have ended. This deprived any new director of the opportunity to appoint staff untainted by the institution’s recent history.

Meanwhile, the Parliament spokesperson has sought to obscure the existence of the forensic investigation. The final report is yet to be placed in the public domain and there is no indication that any action has been taken.

Another big challenge is the fact that under the previous director an informal advisory board was created that was composed of only ANC MPs. This was arguably illegal at the time. Recent amendments to the Office’s founding legislation have ill-advisedly formalised this politically homogeneous structure in law and given it the power to appoint an acting director.

Concerns were raised about this during the public consultation process, but inexplicably ignored. The implications of that are now becoming apparent.

The former house chairperson who oversaw the original, invalid board, Cedric Frolick, was expected to be replaced by Nomvula Mokonyane. Both have been implicated in corruption during the State Capture Inquiry.

While it has recently been reported that Mokonyane has withdrawn from Parliament of her own accord, it remains to be seen who will replace her. If anyone deeply implicated in corruption oversees the appointment of an acting director it could sound the death knell for the Office.

On the positive side, under law the multiparty committees of finance and appropriations retain responsibility for recommending a new director. Who the ANC appoints as chairpersons of these four committees will be important – for the Office and public finance oversight more generally. Another potential positive is that the new Speaker, Thandi Modise, has a better reputation for non-partisanship than her predecessor.

While the Speaker has little direct responsibility for the budget office in law, within the political structures of Parliament they can either hamper, or enable, committee chairpersons in acting in accordance with their legislated duties to oversee a functional and nonpartisan Office. But at this point it is unknown whether Modise was complicit in past inaction and the active shielding of the Office and its director from accountability.

If the new Parliament is to do better, the appointment as director of a technically credible economist who is robustly independent and of the highest ethical repute will be crucial. Implementation of amendments to the Money Bills Act, which explicitly establish the Office as a juristic entity, will also be important.

Civil society and the public at large should pay close attention to both matters in order to ensure that the institution is not compromised a second time. The experience of other countries suggests that if the ANC under President Cyril Ramaphosa ensures the Office is established credibly, it could turn out to be one of his most valuable democratic legacies in decades to come.

This article is republished from The Conversation under a Creative Commons license. Read the original article.

Between 2011 and 2014, Ghana went from boasting the world’s fastest growing economy to requiring a bailout from the International Monetary Fund (IMF). While a global downturn in commodity prices precipitated the fall, a lack of accountability in how public finances have been managed has been at the heart of the problem. Fiscal indiscipline, fueled by a lack of oversight and rampant corruption, left the government unable to mount an effective response during lean economic times.

Oxfam and its civil society partners in Ghana were worried that everyday Ghanaians would be left shouldering the burden of the economic crisis. Moreover, Ghanaians worried that their concerns and aspirations would not be represented in the high-level negotiations on the bailout between the Government of Ghana and the IMF. To address these concerns Oxfam and its partners coordinated a multi-level advocacy campaign. The campaign drew together a diverse coalition of civil society—from community activists to globally influential think tanks—able to represent and articulate local level concerns and project a united voice at the national and global levels.

This novel approach proved highly successful in driving important changes in policy and practice that have enhanced accountability, fiscal responsibility, and citizens’ participation. The campaign not only contributed to improving the laws governing how public finances are managed in Ghana, but also helped to increase pro-poor spending and protect crucial social services.