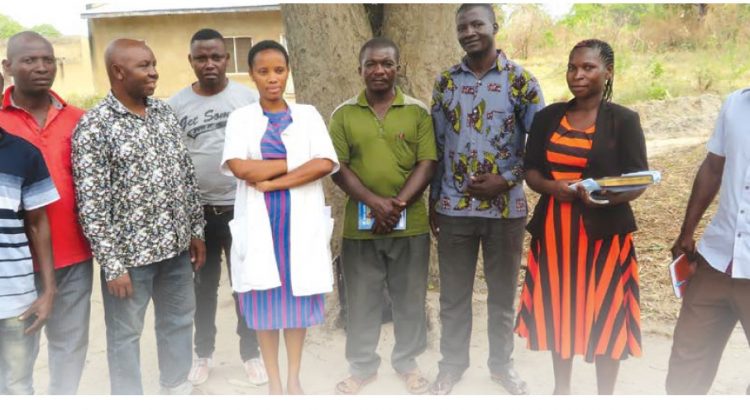 The report ‘Best Practices in Strengthening Social Accountability in and Oversight Capacity for Rights-Based Public Resources Management in Health (SRHR) and Agriculture (Food Security) in Southern Africa’ documents and analyses key approaches undertaken by the Partnership for Social Accountability (PSA) Alliance in each of its four target countries (Malawi, Tanzania, Zambia and Zimbabwe) during the first phase (2016-2019) of the regional project.

PSA Alliance consortium member SAfAIDS utilised its comprehensive and widely respected best practice documentation methodology to assess one intervention in each of the four countries. Recognising the innovative design of the project, the exercise sought to draw upon and deliberate ‘what works’ and what the ‘picture of success’ looks like, as well as identify unintended outcomes and recommendations to inform future programming, policy decisions and funding, both for the next phase of the project as well as other similar projects in the region. Between September – November 2018, the PSA Alliance interventions were assessed using a participatory documentation process. Selected interventions were assessed against a seven-point criteria, including effectiveness, cost-effectiveness, relevance, ethical soundness, replicability, innovativeness and sustainability.

The report concludes that the PSA Alliance has realised notable achievements in strengthening capacity for social accountability among parliaments, media, local government, traditional leadership, CSOs, and farmers organisations. The four (4) best practices provide evidence that through the project interventions communities are now more structured to exercise their accountability roles through health committees in Tanzania and Mozambique and, for women smallholder farmers, to critique and effectively raise concerns on the farm input support programme (FISP) in Zambia. Additionally, the unique facilitation approach employed by the project led to the establishment of the parliamentary budget office (PBO) in Malawi where other efforts have failed. Overall, the report indicates the strength of the PSA Alliance approach is in its creation and work through multi-stakeholder partnerships, which have effectively generated trust, buy-in and sustainability.

The PSA Alliance project in Tanzania facilitated the re-establishment of Health Facility Governing Committees (HFGCs) in the districts of Kilosa and Mbozi. Community score cards previously conducted in the two districts identified that health funds at facility level were not properly managed, due to a lack of functioning HFGCs. The project supported the local government to organize public meetings for citizens to confirm or elect HFGC members. Twelve HFGCs were re-established (5 in Kilosa and 7 in Mbozi). After the reestablishment, all members were trained on their roles and responsibilities with clear linkages to the social accountability monitoring (SAM) model.  Success in establishing the committees was realised through facilitation of community participation in social audits and interface meetings and engagements.

Through the PSA Alliance, smallholder farmers, particularly women, were trained in social accountability and advocacy at the community level, with the aim of promoting their effective participation and contribution in public engagements on the delivery of the Farm Input Support Programme (FISP). Thereafter, the project supported the hosting of community interface meetings, where community members and the duty bearers discussed concerns with the FISP design and delivery. Through the interface platforms, the assertiveness of women smallholder farmers has improved, enabling them to mobilize their communities to raise issues directly with duty bearers.

Mozambique: Establishment of Health Committees in Chibuto District of Mozambique

The PSA Alliance led the establishment of health committees in four communities in Chibuto district, Gaza province. The project provided the committees with capacity training on social accountability, followed by support to engage in community awareness raising events on sexual and reproductive health and rights (SRHR), and monitoring of service delivery within health facilities. Communities are now demanding change based on their monitoring and promoting positive change in SRH service delivery.

Malawi: Supporting the Establishment of the Parliamentary Budget Office (PBO) in Malawi

The PSA Alliance undertook an innovative approach, based on a thorough power analysis, to generating support for the establishment of a parliamentary budget office in Malawi. In partnership with the Speaker of Parliament, the project’s efforts led to the formation of an inter-ministerial and parliamentary task team to coordinate and lead the establishment of the PBO. While previous efforts to establish a PBO have failed over the past 16 years, the PBO finally became a reality in 2019.