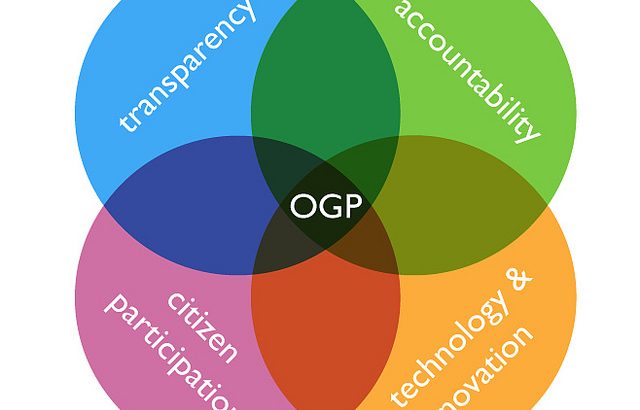 Originally posted by Author Joe Powell on the 12th of JULY 2018.

“The era of liberal democracy is over.” Just a few years ago, this statement would have been hubristic. Today, however, those words from newly re-elected Hungarian Prime Minister Viktor Orban speak to a global context where democracy and openness are under attack. Human rights abuses, challenges to the basic rule of law and long-standing institutions, and declining civic space have become the norm in many countries. It no longer surprises us when countries like Hungary slide backwards, or when their leaders take pride in eroding hard-won democratic gains. Hungary is one of the only countries to join and then leave the Open Government Partnership (OGP) since it first launched seven years ago.

Despite these worrying trends, bright spots do exist where courageous reformers, from government officials to individual citizens, are taking a stand. Citizen movements in countries like South Korea and Armenia have bravely pushed for change, removing from power leaders who were seen as, at best, tolerant of corruption. Now is the time for citizens to push back on authoritarianism and show the strength of a fairer, more equal, more inclusive system of governance.

In one week, OGP hosts its fifth Global Summit in Tbilisi, Georgia. This is a critical public moment for heads of state and ministers to speak out and join forces. For too long, a strong coalition of leaders and ministers promoting the values of democracy and citizen-centric governance have been missing from the world stage. Too many politicians have shied away from making this case, with some notable exceptions: Mauricio Macri, Justin Trudeau, and more recently, Jacinda Ardern, Emmanuel Macron, Cyril Ramaphosa and Moon Jae-in. These leaders coming to democracy’s defense span the political spectrum, but share common values, including a belief in the rights of citizens to have an ongoing say in how their country is run. Now they need support from a broader, more diverse coalition to take head-on the argument that unravelling institutions and shredding a democratic legacy is the only way to deliver change. It should no longer be the case that the false choices presented by strongmen – between development and democracy, or inclusion and jobs – go unchallenged.

To accomplish this goal, we will need more than mere words. The Georgia Summit must be about action, including in the draft new policy commitments on open government that many national and local leaders are bringing to Tbilisi. The onus is on us to share innovations that help change the status quo and bring citizens and government closer together. This should happen in traditionally neglected areas of public policy that are now the cause of much of the distrust people have in their governments, such as public procurement – the number one corruption risk in most countries. Open contracting is a way to stop cozy inside deals between favoured contractors and political allies, and open up government-generated business to more competition. This open data approach can potentially save governments significant amounts of public money. In the case of Ukraine’s procurement system ProZorro, over US$1 billion has been saved since the system was introduced in 2006 for all government contracts, and the country has also embraced its linked citizen monitoring platform, DoZorro.

These citizen-centric approaches must also extend to modernizing public services in ways that tackle discontent over inequality of access to health, education, water and infrastructure services. Take Kaduna State in Nigeria, one of OGP’s local government participants, which is trying to improve its roads, schools and hospitals. By the government’s own admission, it has often over-spent and under-delivered on infrastructure projects. To address this, the Kaduna government launched the “Eyes and Ears” project, enlisting citizens to monitor government projects. Authorities can be notified through multiple channels –  social media and text messages – on the status of a project. This encourages all to push to deliver better results from infrastructure investments.

The lessons from Kaduna could apply in any context, from OECD countries where citizens expect more responsiveness and agility from their interactions with government, to low-income contexts where basic services are often lacking. Across the world, people want to be heard and influence how their tax money is spent.

These reforms show the potential of open government to save taxpayer money, improve schools and health clinics, and engage citizens in their own government. This approach is ultimately how trust can be rebuilt, and how grand challenges such as climate change and gender equality will be tackled. In this way, open government is not only about the values of democracy, openness, and civic space, but about helping governments deliver better results for their citizens. Now it is time for a new coalition, with members that share these values, to come together and ensure that open government delivers meaningful change to people’s lives. This is how we begin to end the cult of illiberal democracy.