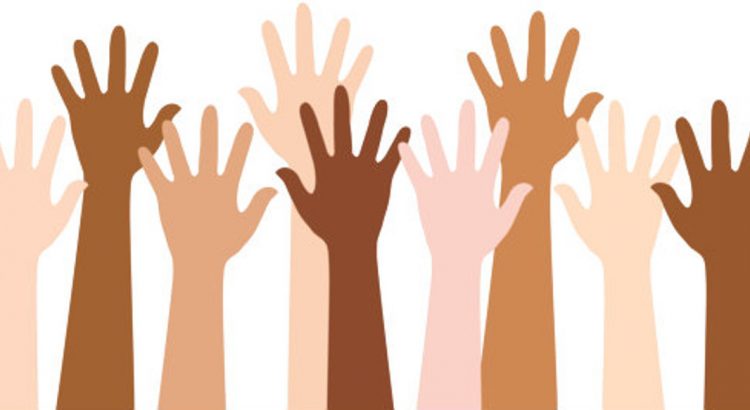 As a member of the MobiSAM team one of my core tasks have been to attend a number of Municipal meetings and forums including: communication forums, the inauguration of councillors, municipal public accounts meetings the Water and Sanitation forum and the Kowie Catchment management forums to mention just a few.

One of the most common observations that I have made is that of the relatively poor attendance of these events by citizens. As such both the number and demographic of those usually present at these meetings do not offer a representative sample of local residents. This means that many groups and communities of people are never represented at these public gatherings.

These public platforms organised and managed on the part of the Municipality aim to function as places in which municipal representatives and elected officials are able to hear and respond to comments and feedback from citizens. As citizens this process requires our buy-in as a way of engaging local government in ways which force them to listen and respond to the people they have been elected to serve. The lack of residents present at these meetings and public fora made me wonder if we as citizens actually know what citizen engagement means and how it stands to benefit you and me as citizens.

Citizen engagement can be understood as the two-way communication and interaction between the local government and the citizens. Therefore communication with the aim of assisting government in making decisions that are supported by the public. Citizen engagement can be shown and therefore understood through the relationship between civic action and user feedback as shown in the diagram below. 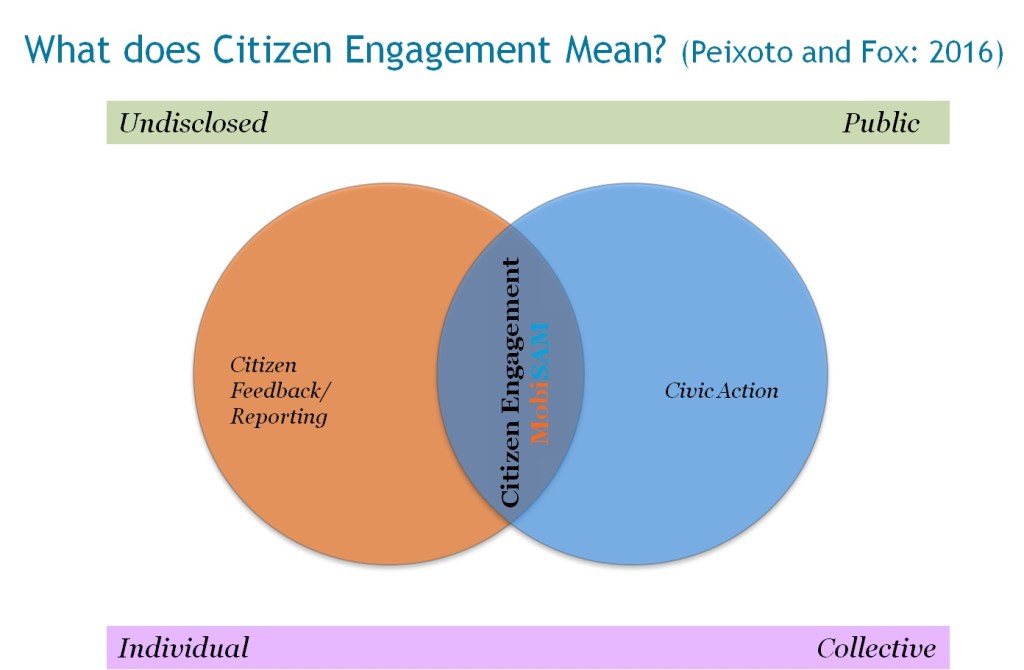 Civic action is more of a collective action and is therefore public, compared to user feedback which is individual and undisclosed. An example of this is the reporting of an issue by a CSO to the public whilst user feedback is the act of providing information as an individual to an institution like a local municipality which usually takes the form of an undisclosed report. In light of the above, MobiSAM can be understood as a true representation of what citizen engagement should encompass as it aims to involve both individual and civic action by providing real time access to mechanisms to report issues to all stakeholders. This allows the policymakers to identify and address service delivery problems from a more informed position. Added to the above, the benefit of the current system is that through collective “critical mass” action there is a higher chance of overall responsiveness on the part of local government. The ideal state of affairs would be as is depicted in the centre of the diagram where these two processes overlap and allow for useful Citizen Engagement. Therefore by engaging with an institution in this case Makana Municipality MobiSAM can encourage and foster a higher degree of responsiveness to issues of service delivery.

The evidence so far indicates that most of the ICT platforms similar to MobiSAM that manage to leverage responsiveness somehow directly involve government. As such many public agencies are using mobile phones and social media to disseminate information efficiently. The Makana Municipality has therefore signed an agreement with MobiSAM as a way of engaging with the citizens and promote transparency and accountability to improve service delivery.

But it’s important to bear in mind that citizen engagement does not always only assist official or municipal structures and processes, but citizens too as it promotes and enables;

As such the main aim guiding the project and the various civic and municipal partnerships and interventions that MobiSAM has launched and will continue to monitor and develop into 2017 rests on the following: “Improved citizen engagement has the potential to improve service delivery.”

This post first appeared on the MobiSAM blog. You can find it here: