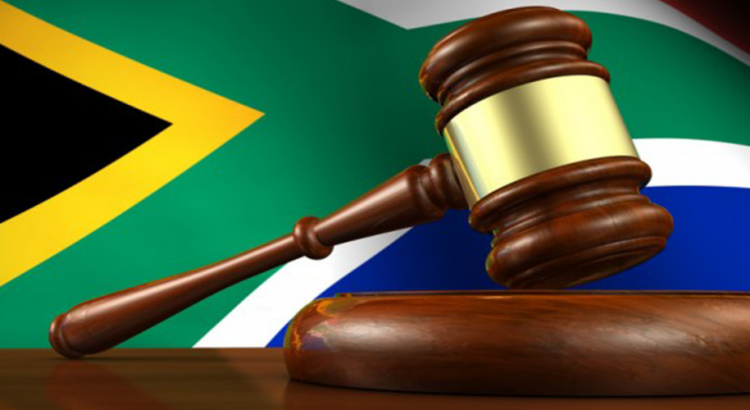 South Africa’s Bill of Rights enshrines a number of socioeconomic rights. These are crucial for creating a more equal society and include the rights of access to healthcare services, sufficient food and water, social assistance and adequate housing. Their aim is to help everyone lead a dignified life.

The Constitution enjoins government to act “reasonably” in ensuring that these rights are progressively realised. But the government has limited resources.

The judiciary has emerged as a significant player in addressing whether these resources are being allocated in a fair and just manner that redresses South Africa’s inherited inequalities. Individuals or organisations call on the courts when they feel that their rights are not being met.

When courts are asked to scrutinise the government’s budgets and spending priorities, difficult questions arise about whether the judiciary is interfering in the state’s work and obligations.

Research I have conducted suggests that a theory called the capability approach could go a long way to guiding and strengthening courts’ approach in carrying out this work. It could theoretically justify and practically help courts to strike a crucial balance: that between the need to realise socioeconomic rights and to recognise the importance of other areas to which government may need to allocate money.

The capabilities approach was created and developed by Nobel laureate Amartya Sen and Chicago University professor of law and ethics Martha Nussbaum.

The central question this theory poses is whether people enjoy the real freedom, or “capabilities”, to choose the lives they have reason to value. Someone born into poverty enjoys the right to education on paper. In reality, they might not be able to attend quality schools, learn from textbooks, be taught in a safe environment – or, ultimately, become educated.

The capabilities approach involves looking at people’s lived realities to determine whether they truly possess the freedom to make meaningful life choices.

South Africa’s Constitution evinces a similar commitment. One of its most important purposes is to “improve the quality of life of all citizens and free the potential of each person”. But people can only reach their potential and lead meaningful lives if their socioeconomic rights are fulfilled by government resource allocation. It’s up to the government to eradicate the “unfreedoms” that result from poverty.

The capabilities approach reflects many of the central tenets of South Africa’s project of “transformative constitutionalism”. This aims to create an egalitarian society using non-violent processes that are grounded in law.

Any judicial review of government’s spending choices must contribute to transformative constitutionalism. For this to happen, some common principles must be adhered to throughout the adjudicatory process.

So, what are these principles?

The first involves participation. In the capabilities approach, this is described as public reasoning and agency. Courts need to make sure that the government allocates funding only after it’s engaged in participatory processes. They must explore whether the funding in question will promote people’s participation in the political, economic and social spheres.

It’s also important for courts to encourage participation by ensuring that various parties’ interests are represented before them.

The second centres on substantive, transparent reasoning. This applies both to how courts and the government function. The government must provide explicit evidence before courts of how it decided on and carried out its allocations.

This will promote a culture in which all exercises of public power are thoroughly explained and justified. Transparent reasoning also means that the public can scrutinise government and courts’ evaluative judgments in prioritising resources.

Finally, the entire process of adjudication should be informed by the fundamental values of freedom, dignity and equality. These underpin both the Constitution and the capabilities approach.

The capabilities approach has the potential to be developed into a review framework.

Courts can use this approach to adjudicate complex instances of government resource allocation. In particular, it can be used as a practical aid to interpret the content of socioeconomic rights in different circumstances. Such a framework would allow socioeconomic rights’ purpose to be conceptualised as the capability to lead a free, dignified life in a position of substantive equality with others.

The social, historical and factual context of a particular case can shed further light on which capabilities must be realised to achieve this overarching purpose.

For instance, many South African pupils are still battling the lasting effects of apartheid-era education policies. They’ll only truly possess the capability to be educated if other capabilities are realised.

Pupils need to learn in safe buildings. They need science laboratories and libraries. They must have textbooks. These pupils will only have the potential to lead free, dignified lives as equal members of society once this entire cluster of capabilities – forming the content of the abstract right to education – is realised.

A court can attach weight to these various capabilities that form the content of the right to education. It can then balance the right’s weight against the importance of a different purpose towards which government has instead allocated its limited resources.

Resources allocated towards another pressing purpose – social assistance – may pass this balancing test. But resources allocated instead towards luxury spending on the president’s private home would amount to disproportionate expenditure.

In cases where wasteful and irregular spending diverts scarce resources from the realisation of socioeconomic rights, a court must find that the right in question has been breached through insufficient resource allocation aimed at its realisation.

At the same time, remedies can be formulated to ensure that all relevant stakeholders have input. This would include the government, those whose rights have been infringed, and civil society. A court can ensure that the responsible government department devises a new plan for reasonably allocating resources to progressively realise the right in question.

In this way, courts can avoid encroaching upon the roles and functions of other branches of government by leaving the details of expenditure plans to the relevant government departments.

My research suggests that the judiciary should consider using a capabilities approach to review government’s resource allocation decisions in socioeconomic rights cases.

This can ensure that government spending is proportionate to the socioeconomic needs of vulnerable members of society. If proportionate allocation is guaranteed by the system, it becomes more possible to unlock the potential of all South Africans.