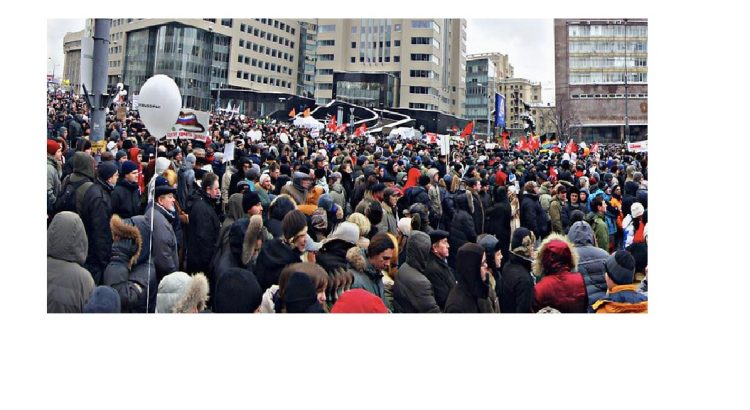 The trend of closing civic space crystallised at the beginning of this decade. In response, concerned international actors — including various bilateral aid agencies, foreign ministries, private foundations and international nongovernmental organisations — are working to address this problem. They have carried out many diagnostic efforts and gained greater knowledge of the issue. They have initiated a wide range of measures to limit or counteract it, from setting up emergency funds for endangered activists and supporting national campaigns against new civil society restrictions to pushing international bodies, like the Financial Action Task Force, to take better account of the issue.

Despite these efforts, the negative trend persists. Every year, more governments take formal and informal measures to reduce the space for independent civil society. Attacks on the legitimacy of international support for civil society continue to multiply. Shared learning amongst those actors intent on closing space seems to be increasing at a faster rate than learning amongst those fighting back. Furthermore, new dimensions of the problem keep emerging. In some countries, a rise in nationalism or religious fundamentalism has led to new attacks on minorities and progressive civil society groups by both state and non-state actors. Autocratic governments are now using new technological tools to amplify their repressive tactics and illiberal narratives, both domestically and across borders. More generally, while the issue of closing civic space initially appeared to be a discrete challenge, consisting primarily of restrictive NGO laws and a backlash against cross-border civil society funding, it now appears to be just one part of a much broader pattern of global democratic recession and authoritarian resurgence.

This sobering reality requires the international community of concerned actors to think hard about how to strengthen their responses. In some ways, relevant actors already know a lot about the types of efforts that are useful, such as the value of supporting national coalitions to resist restrictive measures. But on a surprisingly wide range of issues, considerable doubt and debate persists. Some of the uncertainty concerns small to medium-sized issues. For example, some civil society funders feel that making their assistance more transparent will help reduce suspicion and pushback, while others fear that greater transparency will only facilitate repression. And while some hold that pushing local partners to build wider constituencies for their work is key to resisting attacks on the legitimacy of civil society, others argue that constituency-building will always be a limited strategy as many civic causes inherently appeal only to certain communities.

Beyond these important operational and programmatic debates, a number of larger questions remain unresolved in the minds of many funders:

Closing or changing? Is the overall phenomenon best understood as a global trend of closing civic space, or of changing civic space? In other words, should it be understood as a more multidimensional and politically varied development than implied by the closing space narrative? Some critics argue that the “closing space” discourse assumes a largely homogenous civil society that primarily consists of professionalised NGOs and, in so doing, misses how civil society is changing but not necessarily shrinking in many places. Such changes include an expansion of space for conservative civic movements, a transformation of activism into more fluid and informal forms, the multiplication of large-scale protest movements, and the emergence of new types of digital activism. If change, rather than simply closure, is the more accurate lens, what does this mean for how international actors should adjust to this new global environment?

Symptoms or root causes? Is it more effective to focus on a relatively bounded agenda of promoting a positive enabling environment for civil society, or should funders approach the issue at a much higher level, and more broadly fight backsliding on democracy, pluralism and human rights? Some concerned actors have the sense that responses to date have been mostly reactive, and that simply anticipating, resisting and adapting to new restrictions risks missing the root causes of the problem. Yet, if root causes and drivers are to be addressed more proactively, do we agree on what these are, and how to ensure that a broader focus does not end up diluting action or having a paralysing effect?

Global versus local? How can funders most effectively support local-level responses to the problem while taking into account its transnational and global dimensions? Many concerned international actors agree that effective responses need to be primarily located at the national level and be driven by local civil society. At the same time, the problem of shrinking civic space has clear transnational and global dimensions. Governments worldwide are using a similar playbook and engaging in repression across borders. Certain illiberal narratives also appear to be spreading transnationally through concerted cross-border actions. For funders, this raises the question of how to best integrate the global dimensions of the trend with their country-specific strategies and ensure their various efforts add up to a coherent whole.

To blame or not to blame? Lastly, have aid providers done enough to ensure that they are not contributing to shrinking civic space? Aid providers continue to debate the extent to which they are exacerbating the problem by imposing, for example, certain organisational models on the civic sector in aid-receiving countries that make civil society less domestically rooted and sustainable. Local civil society organisations still often cite current funding models — especially the ever-growing pressures for detailed monitoring and evaluation — as one of the biggest barriers to do their work effectively, independently from government restrictions. Some funders have made concrete changes in their funding practices to try reaching a wider range of more informal civil society actors, rather than the same usual suspects. Others face internal bureaucratic barriers that make greater flexibility difficult.

Ultimately, mounting a larger, more effective and more coordinated response to the still-growing trend of closing civic space is a fundamental challenge for international aid and policy actors committed to democracy and human rights. Facing these various unresolved questions and working together to arrive at consensus-based answers to them is one part of the task.