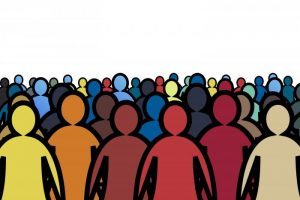 Over the past 20 years, there has been a dramatic growth in the role and capacity of civil society to provide oversight of and to influence decisions regarding the collection and expenditure of public funds through government budgets and broader fiscal processes. The International Budget Partnershipsupports a network of innovative, independent organizations that specialize in budget analysis and advocacy in over 100 countries across Asia, Africa, and Latin America. In the United States, the influential, non-partisan Center on Budget and Policy Priorities provides timely, credible, and accessible information on federal budget priorities and coordinates the State Priorities Partnership – an impactful network of 43 state-based, independent budget-focused organizations. Yet, to date there is no network of organizations focused on holding governments to account for public budgeting practices in Europe and only minimal participation of European organizations in the global movement for budget justice. To address the European gap, IBP commissioned a scan to identify European civil society organizations engaged in the analysis of and/or advocacy around public budgets. Our initial research found a range of organizations that, to differing degrees, sought to engage policymakers, the media, and the public to broaden participation in, and influence the outcome of, debates over budget priorities. Our research also indicated that work around public budgets in Europe takes a range of forms, from policy advocacy rooted in a social justice tradition, such as Social Justice Ireland, to alternative budgets developed through broad-based coalitions, as in Italy’s Sbilanciamoci and Austria’s Wege aus der Krise, to independent think tanks, including Macedonia’s Center for Economic Analysis, to gender-focused efforts, such as the UK Women’s Budget Group and Austria’s Femmes Fiscal. Networks such as the European Anti-Poverty Network engage low-income individuals to advocate for “pro-poor” budget allocations that strengthen social safety nets. The initial scan also identified a wealth of activity around participatory budgeting, mostly at the local level, but extending to the national level in Portugal. As in many parts of the world, the participatory budgeting advocacy community was largely distinct from that of budget advocacy. Similarly, we identified a body of work on “open budgets” that largely functions independently of that on budget priorities. We also found that, despite the number of organizations engaged in budget work, few opportunities existed to share strategies and learn across and, often times, within countries.

Based on these findings, IBP invited leaders, practitioners, and thinkers from European civil society organizations to convene in Amsterdam in April 2018 to broaden our understanding of how these groups work to address fiscal accountability and to explore opportunities for future collaboration.

Specifically, the meeting sought to:

Representatives of two dozen civil society organizations from throughout Europe attended the meeting. For many participants, it was their first chance to reflect upon their role in working with public budgets to build more equitable and inclusive societies and to share strategies, tactics, and best practices with peers facing common and divergent challenges in pursuit of a common goal. Participating organizations brought a wide array of approaches and experiences and ranged from think tanks, such as Croatia’s Institute for Public Finance, to policy advocacy organizations, such as Social Justice Ireland, to Austria’s labor-affiliated AK Europa to academics with one foot in research and another in practice.

Out of a day packed with rich, spirited, and wide-ranging conversation, a number of themes emerged:

There was broad agreement around the need for an ongoing platform for shared learning and strategizing. The assembled leaders quickly saw that the challenges they faced in their country work were shared by colleagues across Europe and that the impact of this work would be strengthened by continued dialogue. Areas for potential collaboration included:

To build on the interest expressed by meeting participation in continued engagement and shared learning, IBP is considering pursuing the following next steps:

Budgets are at the center of the divergent visions of the role of government. Across Europe and throughout the world, civil society organizations have provided a counterweight to calls for austerity, advocating for budgets that reduce poverty, promote inclusion, and improve governance. This work has taken multiple forms ranging from nonpartisan analysis of national budgets to citizen engagement in local budget processes through participatory budgeting. The collective experiences represented at the European Civil Society Meeting, along with the collective experiences of IBP’s partners and allies throughout the rest of the world, demonstrate that when citizens and civil society have information, skills, and opportunities to participate in public budget processes they can promote real improvements in people’s lives.

“These materials were developed by the International Budget Partnership. IBP has given us permission to use the materials solely for noncommercial, educational purposes.”