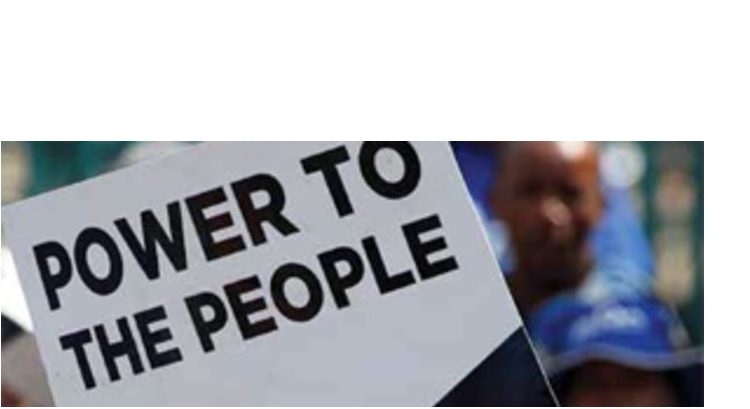 With the proliferation of donor-funded accountability programmes, including in authoritarian settings, are we in danger of mistaking the means for the end? Do accountability tools such as community scorecards, workshops and roundtables, or participatory budgeting provide a convenient “citizen engagement” gloss without seriously probing uneven distribution of power or the stifling of marginalised groups?

Given that accountability is still important in donor circles, this is unlikely to change any time soon.

The implementation of accountability-promoting programmes in authoritarian contexts is informed by a number of assumptions about how change happens, assumptions very similar to those that informed advocacy promotion initiatives of the 1990s and early 2000s.

These assumptions are that:

The absence of these conditions, or, uncertainty over how they will develop due to high levels of unpredictability, leads to a wide array of relationships that allow for the co-existence of authoritarian rule alongside accountability initiatives. It is probably best to think of them as a spectrum of possible power configurations, that extend from one extreme with authoritarian accountability, to the other with accountable authoritarianism.

Neither, however, are absolute and both shift temporally and spatially as opposed to being binary.

What exactly is Authoritarian Accountability?

At one extreme end of the continuum is when authoritarian systems of governance are kept intact or even strengthened by being associated with Western-style accountability programmes.

When it comes to identifying their impact, this phenomenon very much resembles the democratisation programmes being implemented in authoritarian settings during the 1990s and early 2000s, which Steven Heydemann has described as “upgrading authoritarianism”. Although the case studies he presents are from the Arab world, they are easily applicable to other contexts where authorities are able to effectively accommodate the introduction of measures that give a semblance of tolerating non-state political contestation but in a deeply controlled manner so that they do not pose a threat to the status quo.

Accountability programmes that function in authoritarian contexts without disturbing the status quo in substantial or even marginal ways initially generate win-win situations for donors and governments alike: the former can tick the ‘doing accountability’ box, and the latter can project an image of good relations between the governed and the governing.

In most cases, the label “accountable” is latched onto donor-funded programmes that essentially focus on applying tools and implementing activities. For example:

These measures in and of themselves can be highly participatory and may sometimes even give access to officials that would otherwise not be possible. The problem is, however, they have no teeth because they are undertaken in a very controlled manner and have no roots in the community.

A given regime gains facade of accountability – but little more.

In essence such programmes can be interesting exercises in the application of accountability tools on the ground, which if we acknowledge them as such, at least we are realistic about the limits of donor-induced authoritarian accountability. The tragedy is that they are celebrated, lauded, and applauded as if they are genuine expressions of citizen power.

And what about Accountable Authoritarianism?

At the other end of the spectrum is accountable authoritarianism – when pockets of people or sub-sections within the governance system become responsive to citizen-led demands. Authorities may not  admit to it and their responsiveness doesn’t drastically shake up the status quo.

In some respects, perhaps they are right. In some contexts where space is so deeply circumscribed, accountability, understood through in the traditional meaning of answerability and sanctions-enforcement, is not going to happen except rarely and on a limited scale, unless there is regime overthrow.

But the tragedy is that this results in accountability struggles being overlooked because we forget that they are operating in contexts where democratic prerequisites, such as enforcement of rule of law, fair process, freedom of expression, freedom of association, etc., are missing.

In fact, there are many accountability struggles occurring in highly authoritarian contexts: how they have framed the issue, their pathways and the kind of power configurations they have shifted have often been nothing short of ingenious.

Take, for example, women and men mobilising in a highly authoritarian context to institutionalise an anti-sexual harassment policy by establishing a unit to respond to violations on a university campus which liaises with police and ensures justice is served. The fact that they are able to make elements of authoritarian systems carve out pathways through which claims-making and redress are possible is highly significant. And it makes authoritarianism accountable in some small way.

These initiatives may not shout “accountability” to an audience acquainted with jargon and recognisable tools/methods (as described above). Instead, they are locally–led, non-projectised and premised on working with the grain of changing political opportunities of influence.

And above, all, the key difference with accountable authoritarianism, is that shifts in power do occur, even if these are temporally and spatially limited.

Some would argue that whichever way you look at it, accountable authoritarianism or authoritarian accountability, the hazards are the same: the appropriation by repressive regimes of accountability initiatives to enhance their external (or even internal) image of tolerance and reasonableness.

For example, in Mubarak’s Egypt, well-intentioned multilateral agencies such as the UNDP sought to foster a culture of respect for human rights among security personnel by inviting them to capacity building workshops with human rights organisations.

Ultimately the programme had the unintended outcome of extending security personnel’s outreach within the human rights sector.

The former may not endure because the face-lift it gives to authoritarianism is so contingent upon external drivers in projectivised forms.

The latter are part of people’s struggles to find spaces and niches in which they can extract some accountability while at the same time knowing that the “redlines” of what is politically permissible are changing and unpredictable, and require constant adaptation.

In the Action for Empowerment and Accountability programme (A4EA) we continue to explore the tensions and complexities of how accountability “sits” with authoritarian and highly unpredictable systems of governance.

Across very different contexts (Pakistan, Mozambique, Nigeria, Egypt and Myanmar), we at least know that we need to avoid two extremities: overlooking the dangers of donor-led authoritarian accountability programmes that give window-dressing impressions of citizen contestation and under-estimating the potential for power shifts occurring on the margins of the governance systems which go some way to making authoritarianism a little more accountable.

Along the spectrum of different configurations of how authoritarianism and accountability sit together, there will always be many unintended outcomes and ripple effects of both positive and negative kinds, as will be discussed in a forthcoming blog.